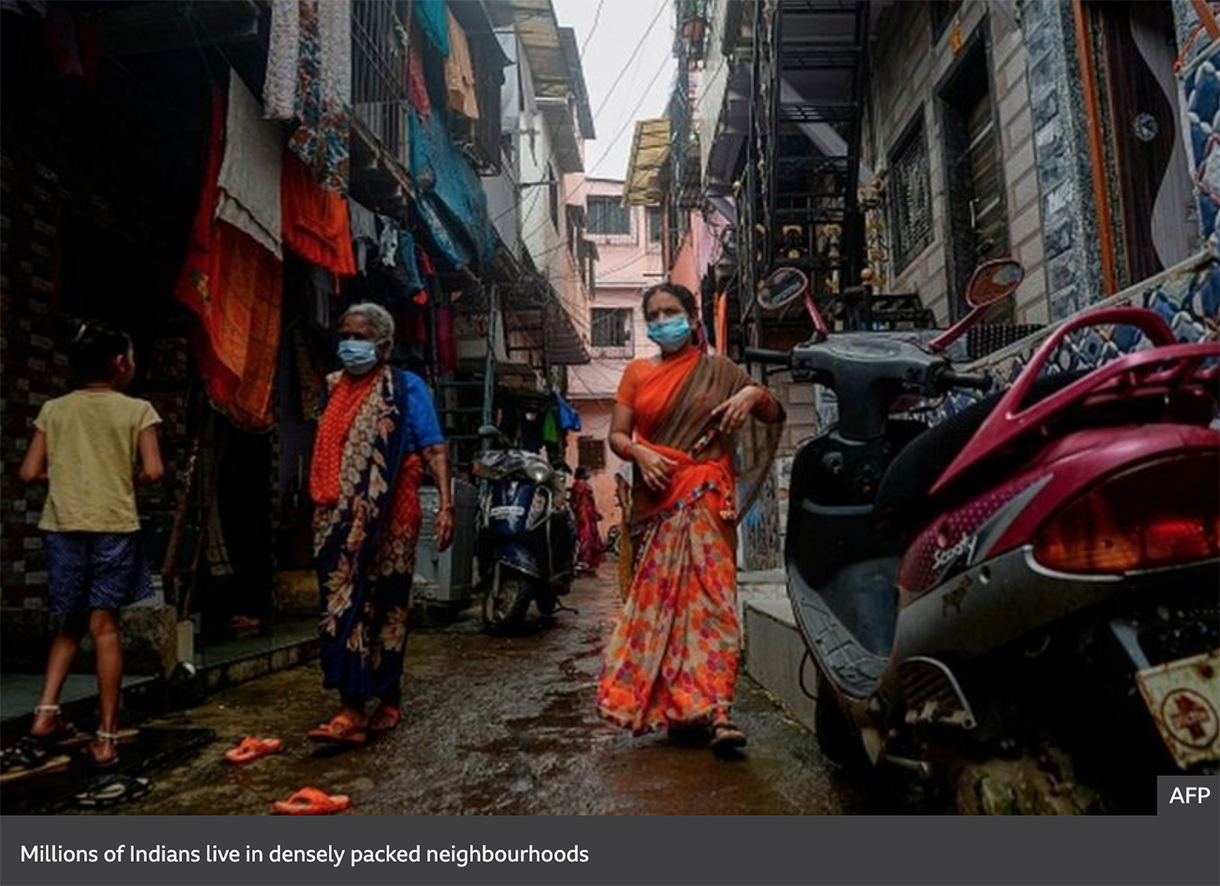 Researchers have found this makes them susceptible to a host of non-communicable illnesses like heart and chronic respiratory diseases, cancer and diabetes. These contribute significantly to the disease burden, according to a government report. Air pollution alone kills more than a million Indians every year.

The World Health Organisation says safe water, sanitation and hygienic conditions are essential for protection of health against Covid-19. A joint study by the WHO and the United Nations’ children’s agency, Unicef, found that nearly three billion people – some 40% of the global population and living almost entirely in developing nations – lack “basic hand washing facilities”. This was enough to spark concerns that the coronavirus would tear through their populations, and lead to millions of deaths in countries such as India.

“Typically access to healthcare facilities, hygiene and sanitation is poorer in these countries and is often believed to be the contributing factor of higher incidence of communicable diseases there. It was not unexpected that Covid-19 would have catastrophic consequences in the low and low-middle income countries,” says Dr Shekhar Mande, director general of the Council of Scientific and Industrial Research (CSIR).

In other words, they propose that people living in low and low middle-income countries may have been able to stave off severe forms of the infection because of exposure to various pathogens from childhood, which give them sturdier immunity to Covid-19. Both papers, yet to be peer reviewed, looked at deaths per million of population to compare fatality rates. 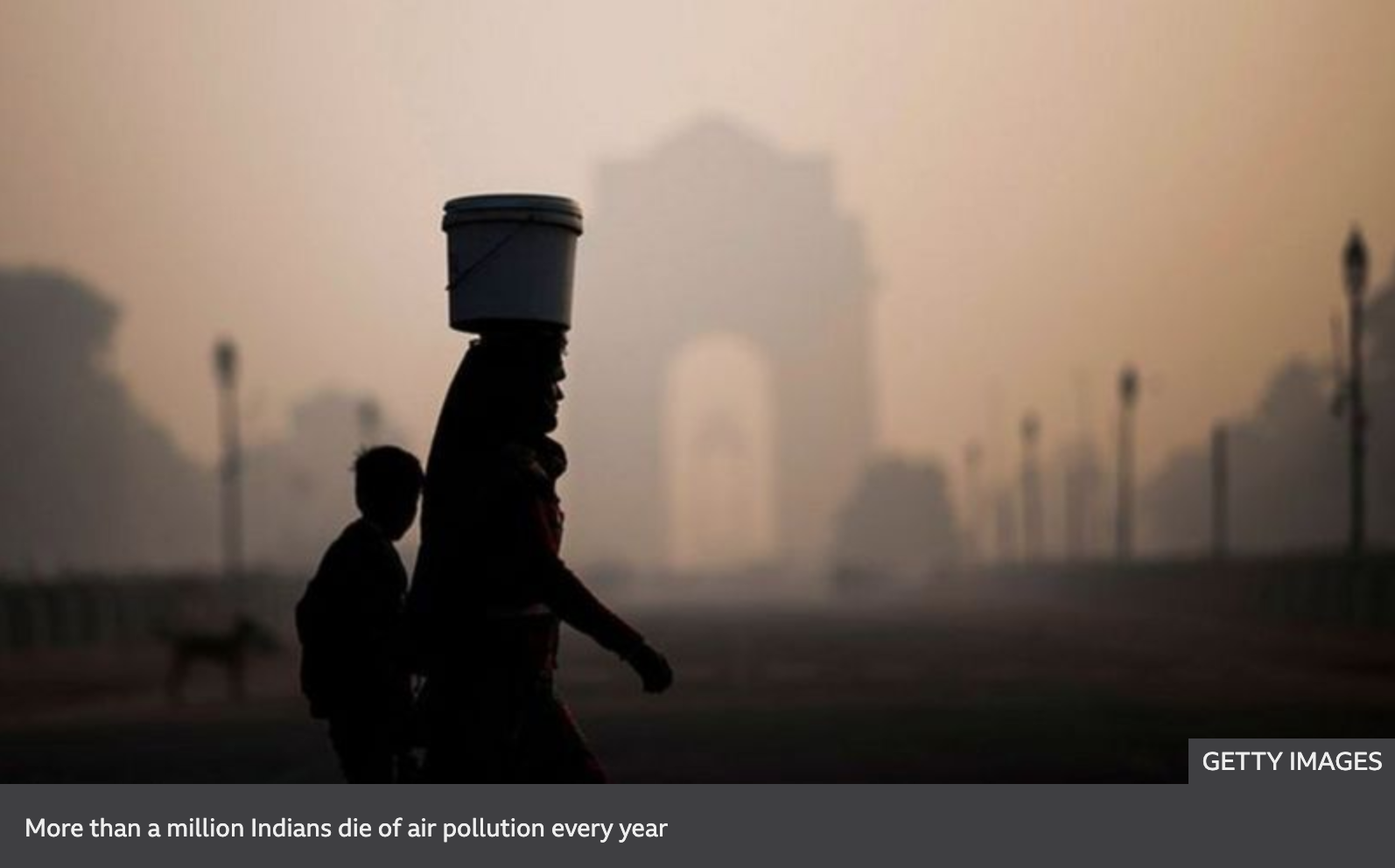 One paper compared publicly available data for 106 countries on two dozen parameters like density of population, demography, prevalence of diseases, and quality of sanitation. The scientists found more people had died of Covid-19 in high income countries. “People in poorer, low income countries seem to have a higher immunological response to the disease compared to high income peers,” Dr Mande, one of the authors of the study, told me.

The other paper looked at the role played by microbiome – the trillions of microbes that reside inside a human body – in Covid-19 infections. Microbiome includes bacteria, viruses, fungi and single-celled archaea. They help in digestion, protect against disease-causing bacteria, regulate the immune system and produce vitamins.

Praveen Kumar and Bal Chander from Dr Rajendra Prasad Government Medical College looked at data from 122 countries, including 80 high and upper middle-income ones. They suggest that Covid-19 deaths are lower in countries which have a higher population exposed to a diverse range of microbes, particularly of what is called “gram-negative bacteria”.

These bacteria typically are responsible for severe pneumonia, blood and urinary tract and skin infections. But they also are believed to produce an antiviral cytokine – molecules which help fight pathogens – called interferon which protects cells against the coronavirus. 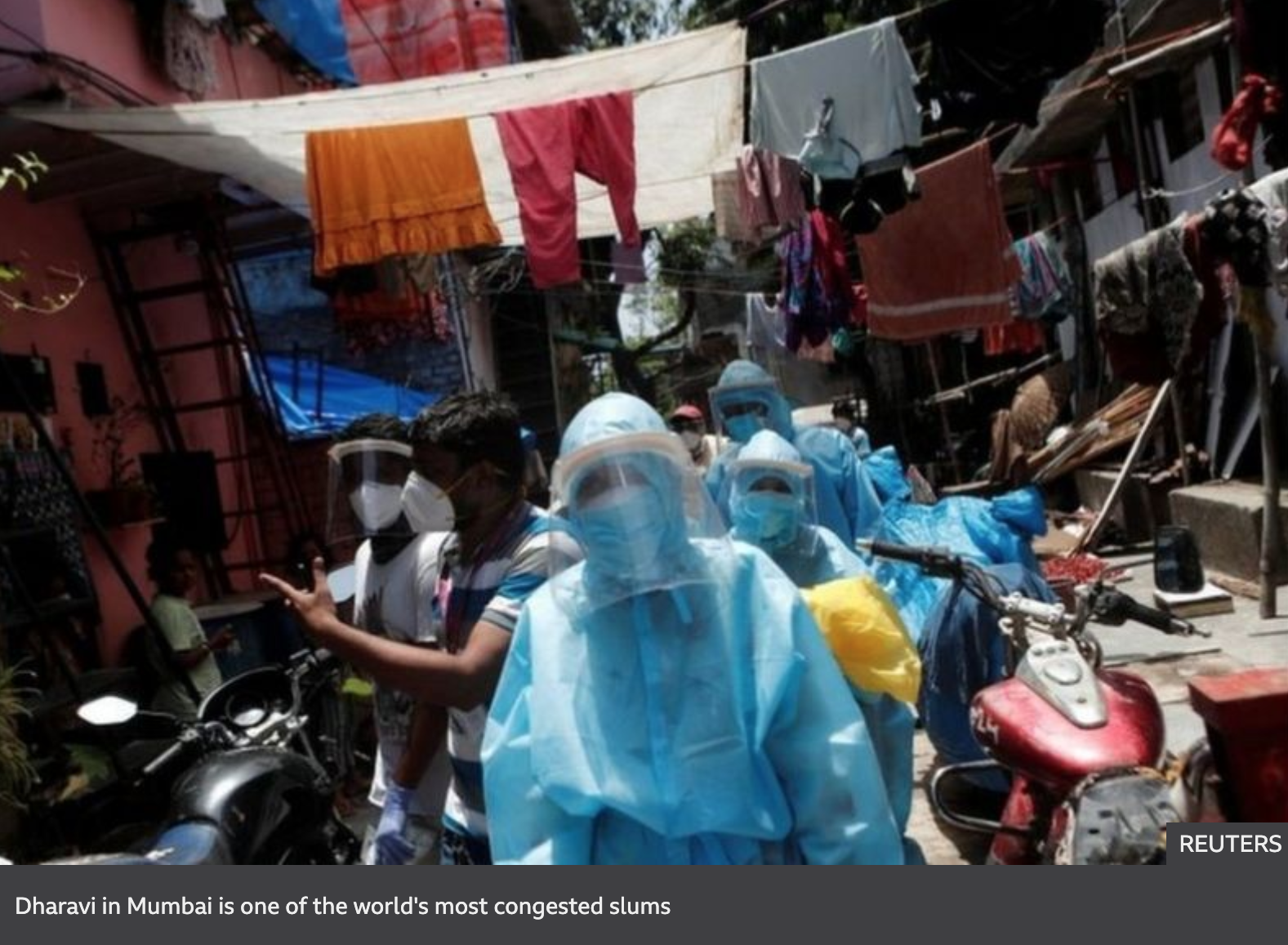 “So far, the existing predictive models for Covid-19 have not taken into account the immune status of populations caused by microbiome or environmental microbial exposure,” Dr Chander told me.

Scientists believe it all boils down to the “hygiene hypothesis”.

Its philosophy is that our environment has become so clean that it has left our immune system insufficiently trained, according to Matt Richtell, author of An Elegant Defense: The Extraordinary New Science of the Immune System. “The broad idea is that we are starving our immune systems of training and activity by excessive focus on cleanliness,” he says.

By itself, it’s not a new idea.

A paper on hay fever, published in 1989, found a striking association between the likelihood of a child getting hay fever allergy and the number of his or her siblings. The paper hypothesised that “allergic diseases were prevented by infection in early childhood, transmitted by unhygienic contact with older siblings or acquired prenatally from a mother infected by contact with her older children”. Another paper published by the World Allergy Organisation and quoted by Mr Richtell said migration studies showed that types of both allergy and auto-immunity “rise as people move from poorer to richer countries”.

Smita Iyer, an immunologist at the University of California, Davis, believes the “hygiene hypothesis” in Covid-19 “does fly in the face of our understanding of anti-viral immune responses”.

“However, in recognising that our immune system can face many formidable foes in relatively quick succession or even all at once, we can construct a model where immune responses to a previously or contemporaneously encountered pathogen might impact immune response to the current invader,” Dr Iyer told me.

Scientists say since correlation does not imply causation, such studies should be strictly regarded as observational. Also, as Dr Mande says, “this should not be inferred as our advocating a move towards weaker hygiene practices for handling future pandemics”.

Krutika Kuppalli, an assistant professor in infectious diseases at the Medical University of South Carolina, says the new research takes into account a variety of assumptions that have not been scientifically proven. “They are more hypothesis than scientific fact,” she says.

Also, epidemiologists have attributed the low fatality rate in countries like India to a young population – the elderly are typically more vulnerable. It is not clear whether other factors, such as immunity deriving from previous infections from other coronaviruses, are also responsible.

Clearly, a range and variety of reasons could be possibly behind the low fatality rate. “We still have a lot more to learn about the virus as we are still only 10 months into the pandemic,” says Prof Kuppalli. The fact is there is much we don’t know.