Gyms and coronavirus: What are the facts?

For the second time this year, gyms in England are closing their doors.

Some areas such as Liverpool had already turned off their treadmills, but now the rest of the country is following suit.

It’s after the government announced a second national lockdown, which means pubs, restaurants, non-essential shops and places of worship will also be closing on 5 November.

But what’s the science behind shutting gyms?

Are they riskier than shopping or going to a restaurant? And what will it mean for the mental health of gym users?

What does the science tell us?

“It’s very difficult to know for sure where people get their virus,” according to Professor Jonathan Ball, who’s a virologist at the University of Nottingham.

He says gyms are closing because the government is trying to react to the high number of coronavirus cases.

“When you’ve got such huge numbers of cases in the community, particularly in people who are young and healthy, they may not experience any symptoms at all.

“There’s always a risk that you might interact with someone who’s infected [without either of you knowing] and that allows the virus to transmit.”

Gyms might not be as high risk as hospitals or care homes but Prof Ball tells Newsbeat: “You do tend to exercise quite vigorously, that means that you can breathe rapidly and quite deeply.

“Therefore, we’d expect that you could potentially produce droplets or aerosols that could go on to infect other people.”

He also points out there are lots of areas of gyms that people touch, like handles and equipment, before touching their faces. 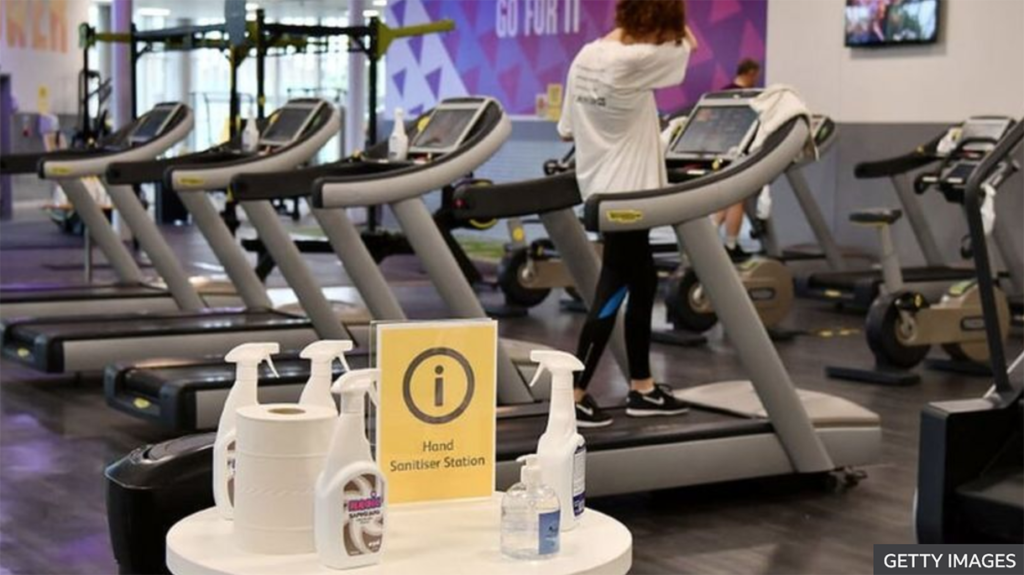 There is a big “but” though.

Prof Ball says a lot of that risk can be dramatically lowered through things like effective air-conditioning, regular cleaning, social distancing and hand sanitising.

“From the data that I’ve seen from Public Health England, I’m not aware that there is a significant hotspot for infections in the gym environment.

“We know where the major risks are but after that we know there are other activities where people mix and where people mix, there is a chance of transmission occurring.” 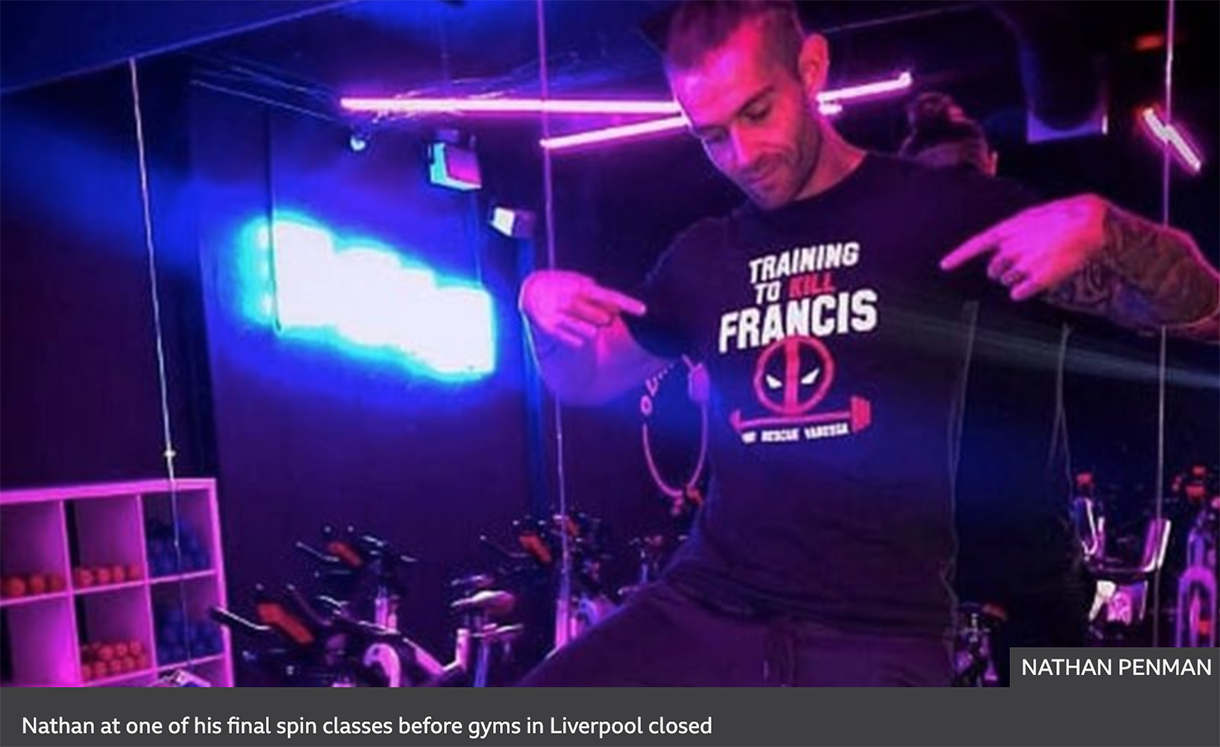 As well as working in a gym, Nathan says exercising is hugely important for his physical and mental health.”Health and fitness, physically and mentally should be a priority for the nation at the minute.”So for the government to turn around and say that gyms are not important – I think it’s giving off a ridiculous message.”Nathan says people in the gyms he trains in have followed the rules.But 29-year-old Jack Occleshaw, from Nottingham, isn’t as confident.”You could tell that staff at the gym had put in all the measures to make you feel comfortable and were taking the situation seriously,” he says.”But it was more the actual members that were not keeping up.” 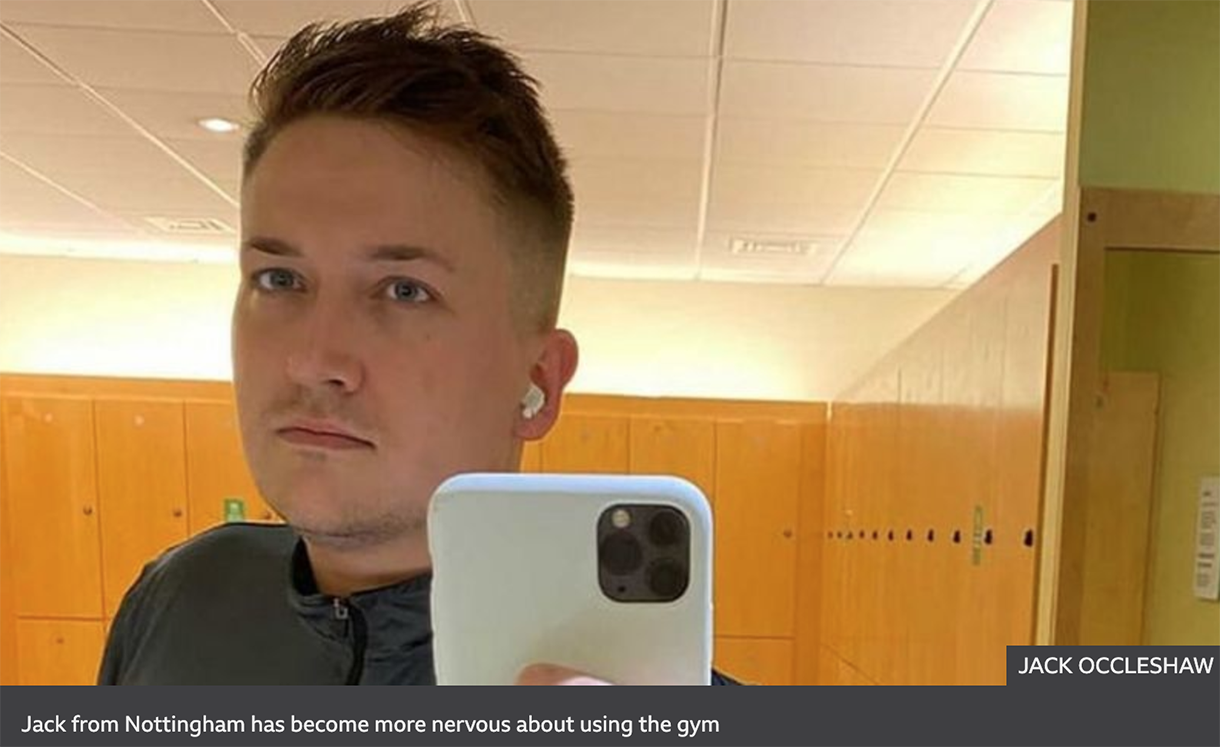 Jack was frustrated by members not wiping down equipment after use and thinks staff should have enforced the rules more strictly.”I also tend to swim to help with mental health and clear my head.”In our gym you have to book a slot. But you’d see people walk past the pool and say ‘I reckon I could fit in there’.”Jack’s concerns about people not following advice meant he was put off from using the gym. But this is no longer a choice he, or other gym users, will have.

What do gyms say?

As you’d expect, gyms aren’t happy about being forced to close, with Anytime Fitness among those calling on the government to review its decision.The chain says the announcement is “difficult to take” given people have been using gyms for the last four months.It adds that if the government goes ahead with plans to shut gyms and leisure centres, then “comprehensive financial support will be needed.” 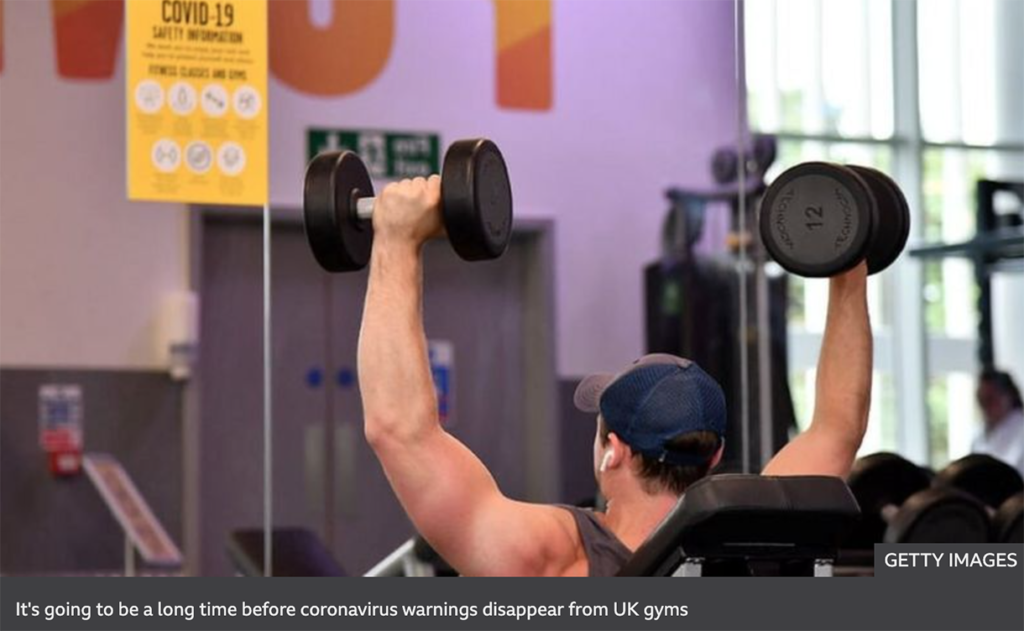